Too Pretty for Sex Offender Probation? 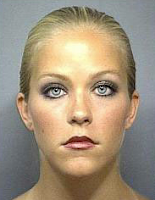 Remember when the Honorable Wayne S. Timmerman, Circuit Court Judge in Hillsborough County, granted a motion for early termination of Debra LaFave's probation? That order was recently reversed by a higher court meaning that Debra LaFave will go back to court where her original sentence will be reinstated and she will be back on probation.

Debra LaFave was given a huge break at every stage of her prosecution from the original negotiated sentence to the early termination of probation. Her attorney suggested that she was too pretty to go to prison. Did the fact that she was an attractive female and new mother of twins also lead to the highly unusual ruling when it came to terminating her probation early?

Early Termination of Probation was Deemed a "Gross Miscarriage of Justice"

Florida law provides that a order terminating probation cannot be appealed by the State. Not to be deterred by this well-settled principle, the State took the matter of to a higher court through a petition called a "Writ of Certiorari." Ultimately, the Second District Court of Appealed sided with the State and remanded the case back to the trial court with instructions that Debra LaFave's probation be reinstated under the original terms and conditions.

The Second District Court of Appeals granted the State's petition for writ of certiorari in order to "correct a departure from the essential requirements of the law resulting in a gross miscarriage of justice." The court goes on to made the following findings:
The Negotiated Sentence - "No Early Termination of Probation"

In order to avoid a prison sentence, Debra LaFave entered into a negotiated plea agreement with the State that provided for a "downward departure." Under the terms of the negotiated plea agreement, Debra LaFave would avoid prison and would instead be sentenced to three years of community control to be followed by seven years of sex offender probation. As part of the negotiated plea, the Defense and the Prosecution agreed that Debra Lafave would serve her entire community control and probation sentence and would not seek early termination of probation.

Avoiding a prison sentence or any jail time for such charges is relatively rare. Many people were critical of the prosecutor's lenience in the case and believed it was because the perpetrator was a women, an attractive women. Men charged with having sex with a fourteen year old female (particularly in a case involving a student/teacher relationship) typically receive harsh prison sentences.

Read more about what lead up to the negotiated plea in an article called "Anyone She Wanted: The Sexual Offense of Debra Lafave."

Motion for Early Termination of Probation in Debra LaFave's Case

Consequences for Other Motions for Early Termination of Probation

Although the courts are extremely reluctant to terminate probation early in sex offender cases, such motions are routinely granted in other types of cases from misdemeanor DUI cases to other types of felony cases such as grand theft. Occasionally when negotiating the plea agreement the prosecutor will demand a stipulation that there will be "no early termination of probation."

Prior to this decision, it was assumed that such stipulations were not enforceable because the Court had a duty to consider what was in the "interest of justice" at the time of the hearing on the motion for early termination.

This case makes it less likely that the judge would terminate the probation early when the terms of the negotiated plea stipulated that no early termination would occur. The opinion itself seems to limit its holding to cases in which the plea agreement involved a downward departure and the "no early termination of probation" provision was part of the negotiated plea. Nevertheless, this case may have some impact on early termination of probation cases in a wider set of circumstances when trial courts become reluctant to risk a ruling that could be deemed a gross miscarriage of justice.
Posted by Leslie Sammis