Accidentally Bringing a Gun to the Airport, the Arrest and TSA Civil Penalty 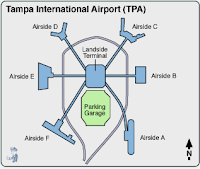 What happens if you accidentally bring a knife or a gun in your carry-on bag? If you don't realize the mistake until you go through the screening process then under Florida law you can face criminal charges for:

All three of these offenses have a knowledge or "mens rea" element that requires the prosecutor for the State of Florida prove that you knew that you were in actual or constructive possession of the weapon. In many of these cases, the person immediately explains to the TSA official or airport security that he or she did not know the weapon was in the carry-on luggage.

For an arrest at the Tampa International Airport in Hillsborough County, bringing a weapon or firearm to the airport will usually result in an arrest even if it is clear the person did it on accident. In other words, in many of these cases, the evidence is overwhelming that the individual did NOT realize that the weapon was in the luggage. Although such arrests are common, that individual may have a valid defense to any criminal charge if he or she did not "KNOW" that the firearm was in the luggage.

Over the years, we have represented dozens of clients charged with carrying a concealed weapon or firearm at Tampa International Airport. We fight these cases aggressively. If our client didn't know that the weapon or firearm was in the carry on luggage, then we take depositions of all witnesses and file motions to dismiss the criminal charges. Call us at 813-250-0500 for a free consultation to discuss your case.

Not only will you face the criminal charges, but the Transportation Security Administration (TSA) has also started issuing notices of violation and civil penalty assessment orders in such cases. Because the regulations are civil and not criminal in nature, no knowledge requirement generally exists as an element of the violation.

The TSA provides that not all alleged violations result in a civil penalty assessment order. Instead, some violations will trigger only a "warning notice" or "letter of correction" or "no action."

In many cases, the first correspondence from the TSA is Notice of Violation that advises the individual that the TSA proposes assessing a civil penalty in an amount which does not exceed $10,000.00 for a violation of the Transportation Security Regulations (hereinafter "TSR").  If the TSA is unable to resolve the Notice of Violation by reaching an agreement with the individual who allegedly violated the regulations then the TSA will propose a civil penalty amount after reviewing all of the relevant facts and evidence contained in the investigative file.

For cases involving bringing a gun through the security screening area, the regulation violation is 49 C.F.R. Section 1540.111(a) of the TSR which provides that an individual may not have a weapon, explosive or incendiary on or about the individual's person or accessible property when performance has begun of the inspection of the individual's person or accessible property before entering a sterile area, or before boarding an aircraft.

Paying the Civil Penalty or Requesting a Formal Review Hearing

After the individual receives the Final Notice of Violation and Civil Penalty Assessment Order for a TSR violation such as 49 C.F.R. Section 1540.111(a) for bringing a gun, firearm or other weapon to the airport, the individual must take action within 15 calendar days of the date of that order.

The individual must take the appropriate action as specified in the notice which might include:
Look at your notice carefully and talk with an attorney in order to determine what the options might be in your particular case. For many individuals, the proposed penalty is excessive given their economic circumstances. It might be possible to negotiate with the NOV Program Office for a substantially lower penalty. Other direct and indirect consequences attach, including enhanced penalties for a subsequent violation.

B. Security Violations by Individuals for Prohibited Items Discovered in Checked Baggage -

Weapons
C. Other Security Violations by Individuals or Persons

If you have been arrested or given a notice to appear after being accused of a weapon or firearm charge at Tampa International Airport, then contact an experienced criminal defense attorney at the Sammis Law Firm. Call us at 813-250-0500 to discuss fighting the criminal charge and resolving the TSA's notice of violation and civil penalty assessment order that will follow.

We also represent clients after their money or other property is seized for forfeiture by an agent with the Department of Homeland Security in Tampa, FL, and the surrounding areas.

Carrying a Firearm into an Airport Terminal under Florida Statue 790.06(12)


In State v. Hall, 22 Fla. L. Weekly Supp. 76a (June 9, 2014), the the court in Broward County, FL, found that Section 790.06(12), which provides that any person who “knowingly and willfully” violates prohibition on carrying firearm into airport terminal commits misdemeanor of second degree, is a general intent crime which does not require the state to prove that defendant specifically intended to carry firearm into the airport terminal.

Instead, the court found that sufficient knowledge and intent may be inferred from facts, if proven, that defendant knowingly put firearm into bag and willfully brought bag into terminal. Therefore, it was an error for the trial court to grant the motion to dismiss.

In the opinion, the appellate court found:

THIS CAUSE, comes before the Court, sitting in its appellate capacity, on the State's timely appeal of the trial court's order granting Appellee's motion to dismiss. Having reviewed the appellate file, the record on appeal, and the applicable law, this Court hereby finds as follows:

On November 1, 2011 Appellee filed a sworn motion to dismiss, pursuant to Florida Rule of Criminal Procedure 3.190(c)(4), alleging that he did not “knowingly, willfully or intentionally take a firearm into [the] airport.” (R 6-8.) The State did not file a response or traverse.

On November 2, 2011 the trial court held a hearing on Appellee's motion to dismiss. (T 1-14.) The State argued that section 790.06(12) is a general intent crime (T 3-6) and “the fact that [Appellee] did put his bag through the x-ray machine is the actual intent that is required. He did not need to have the intent to break the law or to get the gun into airport security.

He just needed to have the intent to put the bag in the x-ray machine, which he did. So, whether, or not it was an accident is really not up for discussion.” (T 4:9-16). Appellee argued that the State's case law to support its assertion that section 790.06(12) is a general intent crime was inapplicable because it was interpreting a previous version of the statute that used the word “intentionally” instead of the current language of “knowingly and willfully.” (T 7-8.)

The State replied that the change in language did not matter; the statute still described a general intent crime. (T 9.) The trial court granted Appellee's motion (T 12) and rendered a written order on the same day, November 2, 2011 (R 9). This appeal follows, with the State's notice of appeal timely filed on November 17, 2011. (R 11-12.)

Although the Court in Perez was interpreting a previous version of the statute that used the word “intentionally” instead of the current language of “knowingly and willfully,” Florida courts have found those words to be similar in their effect of creating general intent crimes. See, e.g., Linehan v. State, 442 So.2d 244, 246-48 (Fla. 2d DCA 1983), approved, 476 So.2d 1262 (Fla. 1985) (a statute containing the words “willfully” or “intentionally” without requiring any subjective intent to accomplish a particular prohibited result describes a general intent crime; “[a] person's subjective intent to cause the particular result is irrelevant to general intent crimes because the law ascribes to him a presumption that he intended such a result”); see also Frey v. State, 708 So.2d 918, 919-20 (Fla. 1998) [23 Fla. L. Weekly S123a] (finding an offense to be a general intent crime where the statute requires no “heightened or particularized” intent and only a general intent to “knowingly and willfully” commit the offense).

Because the offense charged is a general intent crime, it is not necessary for the State to prove that Appellee specifically intended to carry his firearm into the airport terminal. Sufficient knowledge and intent may be inferred from certain facts if proved, such as Appellee's actions of knowingly putting the gun in his bag and willfully bringing the bag into the airport terminal.

The State has demonstrated that the undisputed facts may establish a prima facie case of guilt. The ultimate issue of whether Appellee knowingly and willfully carried the firearm into the airport is not the proper subject of a motion to dismiss and should be left to the trier of fact.

Accordingly, it is hereby

ORDERED AND ADJUDGED that the trial court's order granting Appellee's motion to dismiss is REVERSED and REMANDED for further proceedings consistent with this opinion.

Carrying a concealed firearm is a third degree felony, not a first degree misdeameanor.

Collen M. Glenn is you read the article and the statute carrying a concealed weapon (other than a firearm) without a permit is a first degree misdemeanor. So your statement about the article is correct. The misdemeanor is for a weapon other than a firearm and without a permit. The Third degree felony is carrying a concealed firearm. Two completely different crimes.