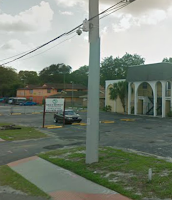 The Hillsborough County Sheriff Office spent $25,000 to install automatic license plate readers (often called "tag readers"). The tag reader collects certain data, including the tag numbers for every vehicle that passes near the intersection at 15th Street and 122nd Avenue in Tampa, FL.

The equipment includes two cameras installed on a pole. It has been reading tags for the last year.

If the tag belongs to a person with an outstanding warrant, for instance, law enforcement officers might be able to use that data to track down the owner of the vehicle. Other purposes for collecting the data might include finding stolen plates or vehicle, finding vehicles used in the commission of a crime or finding wanted persons.

Law enforcement officers are testing out the equipment in a pilot program. If law enforcement likes this new high tech tool, the cameras might pop up at more intersections near you.

If you thought it was a waste of taxpayer money to pay $25,000 to install a tag reader, then don't worry. The money came from a $1.3 million federal grant. The rest of the money was used to install additional "Eye on Crime" surveillance systems in the neighborhoods around the University of South Florida campus.

The tag readers could be used to set up permanent records to track the movement of citizens going about their daily activities. In the wrong hands, the data could be prone for abuse. The ACLU has gathered some startling data on how often these types of camera are being used throughout the country.


Automatic license plate readers have the potential to create permanent records of virtually everywhere any of us has driven, radically transforming the consequences of leaving home to pursue private life, and opening up many opportunities for abuse. The tracking of people’s location constitutes a significant invasion of privacy, which can reveal many things about their lives, such as what friends, doctors, protests, political events, or churches a person may visit.

In our society, it is a core principle that the government does not invade people’s privacy and collect information about citizens’ innocent activities just in case they do something wrong. Clear regulations must be put in place to keep the government from tracking our movements on a massive scale.

Read more about the dangers of automatic license plate readers. Are you being tracked?
Posted by Leslie Sammis