FAQ: Can the Court Deny My Petition to Seal or Expunge My Arrest Record? 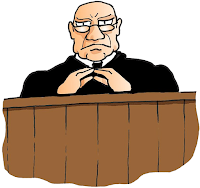 We charge a flat fee of $950 to seal or expunge the record and that includes all attorney fees and costs (with no hidden charges).

To start the process, just give us a call at 813-250-0500. You can come into our office to sign the paperwork or we can complete the paperwork and mail it to you today. Find out more about how long it takes to seal or expunge the record.

Because the court has the discretion to just deny any petition to seal or expunge a criminal record it is important to have the assistance of an attorney during the entire process.

Can the court just deny the petition to seal or expunge the record?

The short answer is that yes, although it doesn’t happen very often. As a general rule, even if the court determines that the petitioner has satisfied the statutory and rule eligibility requirements for the seal or expunction, the court still has the discretion to deny the petition to expunge or seal if it conducts an evidentiary hearing and articulates an evidence-based reason for denial.

What’s the Difference Between a Seal or Expunge?

Expunged records “must be physically destroyed or obliterated by any criminal justice agency having custody of such record; except that any criminal history record in the custody of the department [of law enforcement] must be retained in all cases.” § 943.0585(4), Fla. Stat. (2008). But an order sealing records “does not require that such record be surrendered to the court, and such record shall continue to be maintained by the department and other criminal justice agencies.” § 943.059(3)(e), Fla. Stat. (2008).

If the Court Denies My Petitioner Then Can I Appeal?

The courts have consistently held that even if the petition and attachments conform with the requirements of section 943.0585 and rule 3.692.4, Section 943.0585 makes clear, however, that it “does not confer any right to the expunction of any criminal history record, and any request for expunction of a criminal history record may be denied at the sole discretion of the court.” See Wells v. State, 807 So.2d 206, 207 n. 2 (Fla. 5th DCA 2002) (quoting statute).

Are There Any Limitations on the Court’s Discretion?

Florida law recognizes some limitations on the court’s discretion. The court must conduct a hearing and have a specific factual basis to support the denial of the petition to seal or expunge. See Cole v. State, 941 So.2d 549 (Fla. 1st DCA 2006). In Harman v. State, 12 So.3d 898, 899 (Fla. 2d DCA 2009) the court held that the trial court abused its discretion in denying the petition to expunge based on a prior offense because “there was no evidence presented at the hearing to support this finding.”

In Murphy v. State, 363 So.2d 581, 582 (Fla. 4th DCA 1978), the appellate court reversed the order denying expunction because the state “did not present any evidence at the hearing to refute appellant's sufficient allegations and proof but merely objected to the expungement”.

In VFD v. State, 19 So. 3d 1172, 1174 (Fla. List. Ct. App. 2009), the court denied a petitioner to expunge on the basis that the records, if not expunged, might-for reasons applicable in any case-prove useful in the future. The appellate court found that this reason fell short of the exercise of discretion that the statute requires. See Steinmann v. State, 839 So.2d 832, 832 (Fla. 4th DCA 2003) (holding the failure to exercise discretion to be a reversible error).

Furthermore, the trial court abused its discretion by not hearing evidence and exercising its discretion based on the facts and circumstances of petitioner’s specific case.

Before either granting or denying the petition, the court must hold a meaningful hearing and articulate reasons for any denial based on the facts and circumstances of his case.

Finding a Tampa Attorney to Seal or Expunge a Criminal Record

If you want to seal or expunge a criminal record then contact an experienced criminal defense attorney in Tampa, FL. Call 813-250-0500 to discuss your case and see if you are eligible. We can begin your case today.
Posted by Leslie Sammis