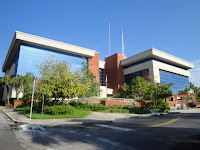 An alleged victim can recant their story for any number of reasons. In many of these cases, one or both parties are under the influence of drugs or alcohol, the allegations were motivated in part because of a desire to eject one party from the home, or because the police threatened to arrest both parties because the "primary aggressor" could not be determined causing an exaggerated accusation.

On at least three occasions in July of 2008, the State Attorney's Office in Hernando County has turned against the alleged victim who recants by filing charges for perjury or filing a false police report.

As a criminal defense attorney representing men and women charged with domestic violence and domestic battery crimes in Brooksville, Hernando County, FL, these types of tactics by the prosecutors in domestic violence cases can lead to unjust results when the alleged victim fears telling the truth - that the allegations are false or exaggerated.

In theses types of cases, the alleged victim may need to hire an attorney so that they can invoke their right to remain silent and not testify at trial when their testimony may tend to incriminate them.

If you have been charged with domestic violence or domestic battery, contact an experienced attorney that can help you fight the charges. Call 813-250-0500 to speak with an experienced criminal defense attorney or visit our main website for more information.

IN HERNANDO COUNTY FLORIDA There is no recourse for the falsely accused. A police officer can fabricates reports for the purpose of a wrongfully conviction and false reports against Latinos are always encouraged. Latinos here need Human rights and civil rights advocates in Hernando Florida because there are none.