WSJ Calls it the Customer "Shakedown" After A Shoplifting Arrest in Florida - 772.11 Civil Recovery Statute 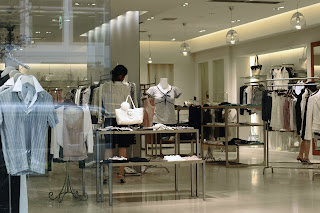 Many large retail establishments in Florida attempt to recoup some of their losses from theft, fraud and shoplifting incidents under Florida Statutes Section 772.11, the civil remedies act also known as "civil recovery" under Florida law. The most common type of offense in Florida is the misdemeanor shoplifting accusation.


Any person who proves by clear and convincing evidence that he or she has been injured in any fashion by reason of any violation of the provisions of [the theft, shoplifting, and fraud statutes] has a cause of action for threefold the actual damages sustained and, in any such action, is entitled to minimum damages in the amount of $200, and reasonable attorney's fees and court costs in the trial and appellate courts. Before filing an action for damages under this section, the person claiming injury must make a written demand for $200 or the treble damage amount of the person liable for damages under this section. If the person to whom a written demand is made complies with such demand within 30 days after receipt of the demand, that person shall be given a written release from further civil liability for the specific act of theft by the person making the written demand.... In no event shall punitive damages be awarded under this section. The defendant shall be entitled to recover reasonable attorney's fees and court costs in the trial and appellate courts upon a finding that the claimant raised a claim which was without substantial fact or legal support.... Nothing under this section shall be interpreted as limiting any right to recover attorney's fees or costs provided under other provisions of law.

Under Florida law damages in the context of civil theft normally correspond to the value of the property stolen by the defendant. Anthony Distributors, Inc. v. Miller Brewing Co., 941 F.Supp. 1567 (M.D. Fla. 1996). However, in the typical shoplifting case in which the individual is arrested at the scene, no damages occur because the merchandise is immediately returned to the store within minutes after the suspect is apprehended. If the merchandise is returned unharmed, what possible damages has the store actual incurred? None. However, that does not stop the retail establishment from threatening legal action unless the customer pays up.

The retail establishment could argue that they suffer the costs of paying for loss prevention employees to apprehend the shoplifting suspect. In criminal cases, the court can impose "cost of prosecution" which estimates the amount of time the officer spend investigating the case and then imposes that costs on the individual that enters a plea of guilty or no contest to resolve the criminal case. Although I have not seen any case law indicating that a retail establishment could use a similar "cost of prosecution" argument, that seems to be the only basis for requesting damages.

After an arrest for a shoplifting offense in Florida, the retail establishment will collect the customer's contact information. That information is then sent to a Florida law firm that acts much like a collection agency. The law firm sends out a letter to the customer telling them that the law firm represents the retail establishment concerning its claim against the customer in connection with an incident in the store that lead to the customer's arrest. The letter references Florida Statutes Section 772.11, a civil remedies act.

The letter then states that the customer "may settle this matter by making payment in the amount of $200 within thirty (30) days of the date of the letter." Many people who receive the letter assume this means that by paying the requested amount they may be able to avoid any criminal prosecution. Whether the customer pays the requested amount or throws the letter in the trash it may not make any difference in how the criminal case is handled. The criminal complaint has already been forwarded to the State Attorney's Office who will decide whether to formally file charges to pursue a criminal prosecution.

If the customer does not respond to the first letter, then the law firm will send out a second more threatening letter. This letter is usually entitled "SECOND NOTICE." The letter will again reference Florida Statute Section 772.11, a civil remedies act. The second letter will threaten that the retail establishment "may now proceed with litigation against you."

The letter will usually stated that the customer "may stop a lawsuit from being filed and settle this matter by making payment to us in the amount of $475.00 within 10 days of this letter." The letter then threatens the customer by saying that should full payment not be paid, the retail establishment may proceed to file a lawsuit against the customer, in which the retail establishment may seek attorney's fees, court costs, and other legal expenses. The letter then threatens to have the customer "served by a process server with a summons requiring you or your attorney to appear in court to defend the action." The letter does not provide any indication of the "clear and convincing" evidence needed to establish the requested amount of damages.

For the clients that I represent charged with Petit Theft, Retail Theft, or Shoplifting in Hillsborough County, Pinellas County, Polk County, Pasco County or Manatee County, these letters often cause a lot of stress and frustration. A recent article written by Ann Zimmerman from the Wall Street Journal call "Big Retail Chains Dun Mere Suspects in Theft- Demands for Money Can Leave Targets with Little Defense" examines the "civil demand" letter to determine whether these law firms that send out the letters ever actually carry through with a law suit.

In fact the article mentions the Florida law firm of Palmer Reifler & Associates, P.A., which handles the civil demand letters for most of the large retail establishments in Florida including Wal-Mart, Walgreens, JC Penneys, and Macy's. The article says that Palmer Reifler & Associates keeps between 13-30% of the money that it collects. Furthermore, the article says a partner at the law firm has said that the law firm sends out about 1.2 million civil recovery letters a year but follows up on actually filing a law suit in fewer than 10 of those cases a year.

If you have been arrested for shoplifting, petit theft, petty theft, or retail theft in the Tampa Bay area, including Tampa, Clearwater, St. Petersburg, Bartow, New Port Richey, Dade City or Plant City, Florida, hiring an experienced attorney to represent your interests is important. At the Sammis Law Firm, P.A., we have the experience necessary to protect your rights today, and help you avoid many of the pitfalls that can occur after a shoplifting arrest.

Shoplifting is a crime of dishonesty in Florida, and if you are convicted you will be required to report it on most job applications. Call 813-250-0500 to discuss you case with an attorney experienced in representing individuals charged with shoplifting and petit theft at the Sammis Law Firm today.
Posted by Leslie Sammis

Is there a statute of limitations as to how long they can wait to persue ?